How executives balance family and work

High-level executives with children have a few advantages over other working parents: They make more money, which makes childcare easier to afford. They may have more say in where and when they work. And they can influence what “family friendly” means at their companies.

But like any other working parent, top executives don’t get more than 24 hours in a day. And they can never control the constant demands that come with having kids.
CNN Business surveyed executives to learn what it’s like to manage their high-pressure jobs in addition to their children’s needs. Thirty-five executives, most of whom were women, chose to share their experiences.
Their childcare arrangements often are a patchwork of nannies or babysitters, after-school programs and grandparents, and alternating duties with their spouse.

“As much as [my son] adores his daycare and his carers there, he’s there 40 hours a week,” said Deana Burke, CEO of Gracias, a bitcoin app provider, and mother to a 3-year-old son. “I’m not with him full-time and though it’s right for our family right now, he doesn’t get my attention all the time. That’s a big concession.” 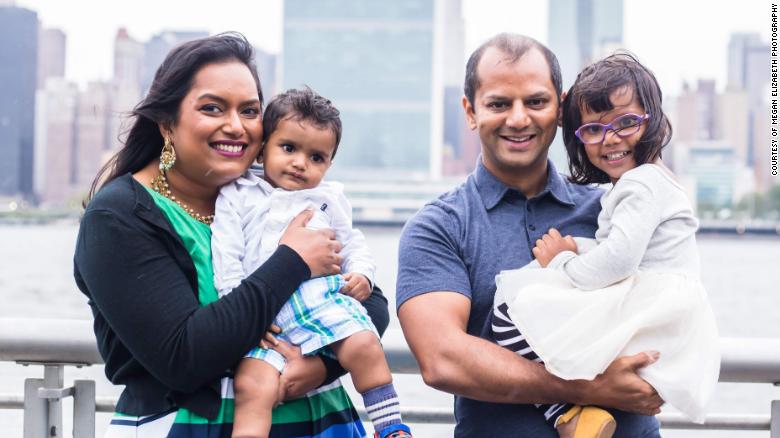 Neha Joshi, an executive at Accenture, said she and her husband use daycare, school, after-school programs and a babysitter for their kids.
But even an army of caretakers can’t assume all the daily responsibilities of parenthood.
“Although we have full-time help during weekdays, I still spend a significant amount of time during the work day coordinating play dates, classes, and my children’s schedules, responding to text messages from the nanny,” said Syia Lewis, chief of staff at film production and financing company Cinereach and mother to two children, ages 3 and 4. “I still call doctors and follow up with the dentist and schools — none of that aspect of childcare is outsourced. My husband and I share these responsibilities, though as a mother a lot of it falls on me by default (and my husband is very helpful).”

Making time for career at home and family at work

Executives were about evenly split when asked if they felt they get to spend enough time with their children — both to satisfy their kids’ needs as well as their own desires to be with them.
Many noted their efforts to wall off dinner and bedtime to focus on their children.
But they also said they end up working late nights and early mornings to make up the time. And most acknowledged always making themselves available for urgent work matters — whether at home or on vacation. 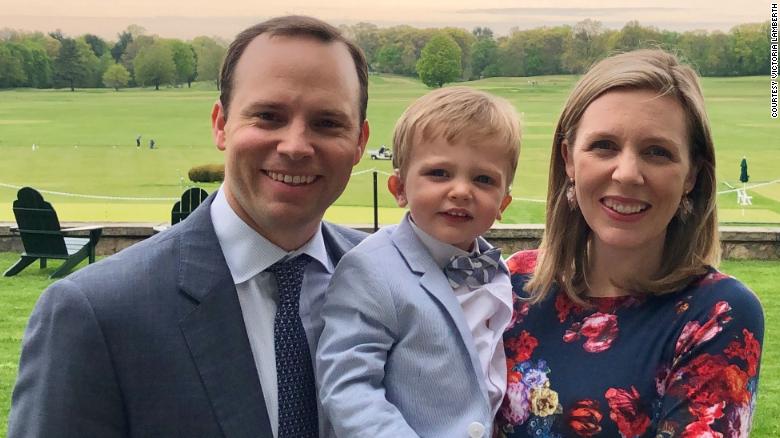 Victoria Lamberth, co-founder of ZenFi Networks, and her husband with their two-year-old son.
“I sometimes worry that my peers will think I’m less committed or not as high of a performer because I’m not putting in the hours that they are,” said Victoria Lamberth, co-founder and chief revenue officer of ZenFi Networks, a communications infrastructure company, and mother to a 2-year-old son, who is deaf. “But every time I think that I push it out of my mind to focus on product, and what I’m able to deliver to the organization.”

The push and pull between work and parenthood is unreal. … It’s about boundary setting at work in environments that don’t like boundaries.”

For Dave Kaval, president of the Oakland Athletics and father to two teenage daughters, dinners are hard because of night games. But, Kaval said, “my kids have a delayed start at the high school and I have breakfast with them in the mornings. It is pretty casual unstructured time and that is great, especially to get teenagers to open up a bit about their lives.”
Some of the executives surveyed talked about responding at work to calls or texts from their kids, even if it meant interrupting a meeting. And many will miss work events or business trips to maximize time with their kids.
“I limit travel and skip local events for my kids. I try to consolidate work trips into being gone as little as possible, and often am on the first flight out, then back by bedtime,” said Neha Joshi, a managing director in security at Accenture, who has two children, ages 2 and 4. 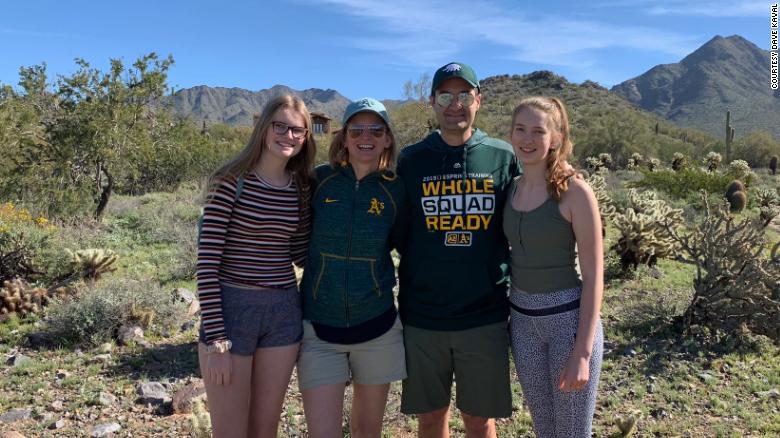 Dave Kaval, president of the Oakland Athletics, with his wife and two teenage daughters.
For many, spending quality time with family also means setting firm limits on technology.
“I feel my son gets my full attention when I’m home,” said Lamberth. “Our phones aren’t allowed in my son’s bedroom, our play area, or the dining room table. It’s important he knows there are limits to technology and that he takes precedence over my phone (most of the time).”
Beth Haggerty, cofounder and CEO of Declare, a professional development platform for women, and mother to two teenagers, has a “no-device during meals” rule. “Being able to make time for those everyday moments may seem like something small, but when a calendar dictates your life, it’s truly worthwhile.”
And most of the executives said they are typically able to attend their kids’ events and games during the week, or at least make time for the most important ones.
“I make time for my children’s events. I find it important to model this behavior for my staff so they feel empowered to make the same decisions. I always tell folks ‘family first,'” Kaval said.

Aiming for some balance

A majority of survey respondents said they work between 50 and 60 hours a week, while nearly a quarter said they work 60 hours or more.
“The push and pull between work and parenthood is unreal,” said Libby Rodney, chief strategy officer for The Harris Poll and mother to a 13-month-old child. “I knew it would be challenging and I read about the guilt but it’s more than that, it’s about boundary setting at work in environments that don’t like boundaries.”
Working long hours inevitably means missing out on some family activities or school events. 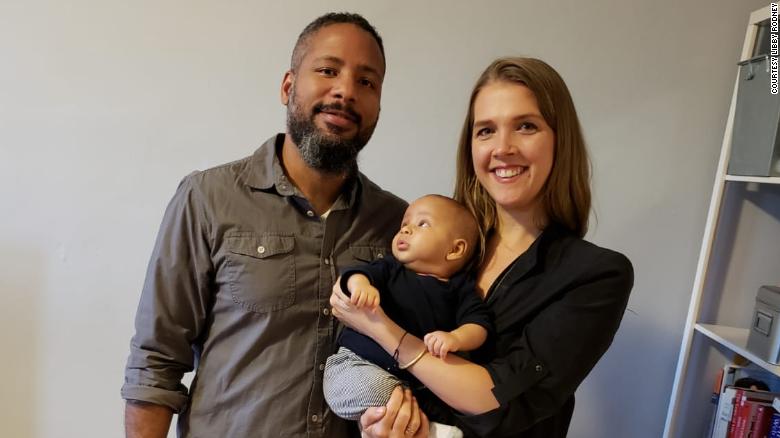 Libby Rodney, chief strategy officer for The Harris Poll, with her husband and son, who is now a year old.
“I try not to miss the important stuff, but wish I had time to do little things like field trips and spontaneous activities,” said Clint Greenleaf, founder and CEO of Content Capital and father to three children, ages 8, 10 and 12. “I try to get out of the house when I NEED to do work, and do my best to be present when I’m home. But I’m not great at that and struggle with separating family time and work time.”
A majority of executives also said that while they would have liked to reduce their work hours at some point to accommodate family needs, they didn’t because they felt it would hurt their careers. Instead, some said, they often work remotely. 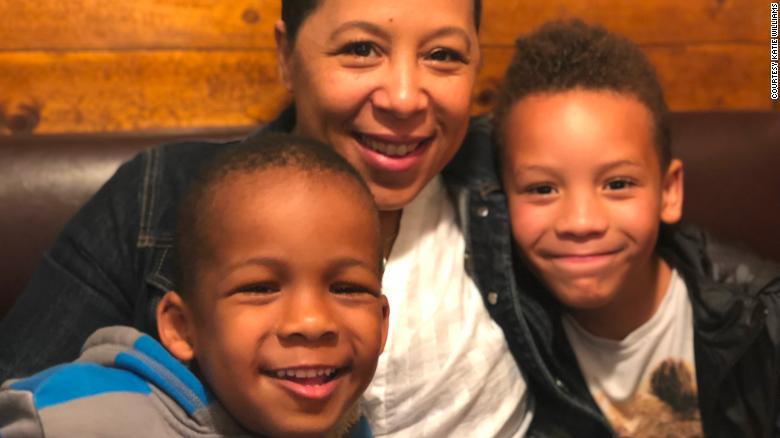 Katie Williams, a vice president at Mondelez International, said “weekends are precious” for spending time with her two young boys.
“My compromise is just to work from home on the days I’m not traveling to maximize my work time, shed that commute time, and just be near my child,” said Rodney. “I want to reduce my hours not as much to spend time with my son, but to actually enjoy the time I have with him, to be present, to not feel burnt out.”
Katie Williams, a vice president at Mondelez International and mother to two boys, ages 6 and 9, would love to spend more time with her kids. Williams notes that while she can sometimes get “sucked down the email vortex” when home, she reserves bedtimes, breakfasts and weekends to focus on the kids.
“I am not too hard on myself because I believe I am a better mother when I can be the woman I want to be outside of the home. So it’s all about being 100% there when we are together,” Williams said.

Some respondents now have at least one grown child and shared what they learned from raising them while maintaining a high-powered career. 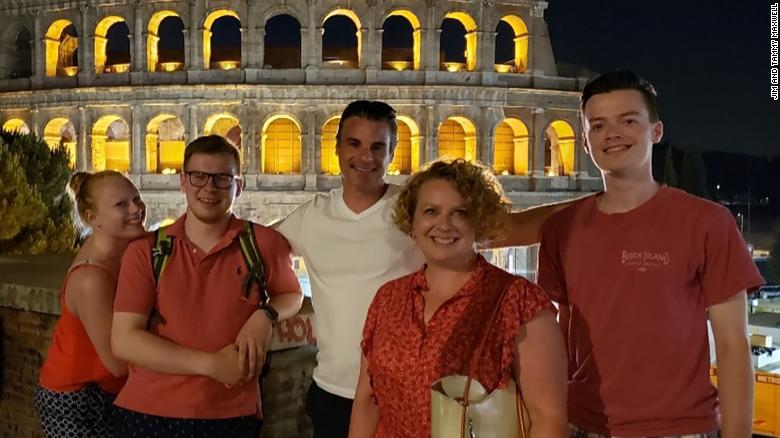 Debbie Millin, chief operating officer of Globalization Partners, said her husband stayed home when their kids were young.
“There is very little at work that is ‘that important’ that I can’t also make time for the times I’m needed at school,” said Elana Drell Szyfer, CEO of Revive Skincare, mother to three children, ages 13, 16, and 18. “My husband and I do take turns and I do miss some things, but I also make a lot more [of them] than I used to. Having a child who just graduated from high school helps to put a lot in perspective — I spent time at her graduation thinking about how fast it all went and all the foolish decisions I made that prevented me from ‘being there.'”

There is very little at work that is ‘that important’ that I can’t also make time for the times I’m needed at school.”

When her children, now in their early 20s, were young, Debbie Millin, chief operating officer of Globalization Partners, said her husband stayed home to care for them, an unconventional arrangement at the time.
“I always knew their needs were more than being met with my husband being home because he is the most amazing dad. But there were times earlier in my career when I did not feel I was home enough for my own needs and I made adjustments to correct that,” Millin said. “One piece of advice I usually give to parents of younger children who are in a ‘high contact parenting’ phase is to enjoy the chaos — you will miss it someday.”